National Insurance is a regressive tax: the richer you are, the smaller the proportion of your income you pay. There are lots of different ways for the government to raise tax revenue - but they chose to hike a tax that minimally affects rich people.

Some elements in the media have managed to mention this, but most have focussed on Tory and Labour talking points that fail to address the fundamental issue: we need to tax the rich.

That was not the hottest of takes. The actual reason I’ve taken to the blogosphere is this graph that the BBC chose to represent National Insurance: 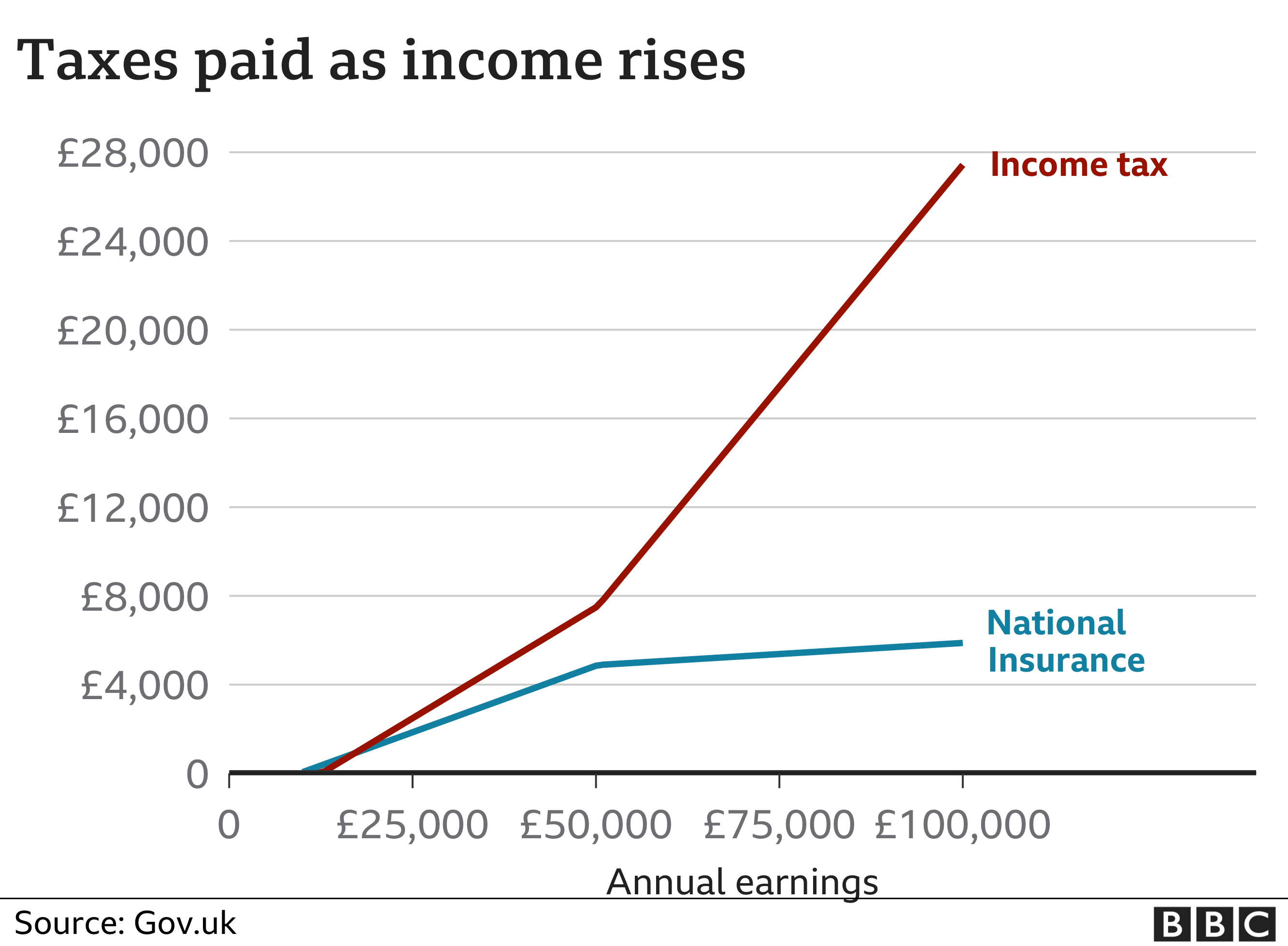 Not only did they inexplicably include income tax (which is progressive) on the graph, they also chose to plot absolute tax rates in pounds. This is not a useful way to visualise taxation, unless you want to give the false impression that higher-income taxpayers are being squeezed harder than everyone else.

Instead, sensible people talk in terms effective tax rates as a percentage. Here’s the effective rate of National Insurance, plotted against income:

The line in this graph goes down. That’s because this is an unfair regressive tax. Someone earning £100,000 a year pays a lower effective rate than someone earning £24,000. Instead of being increased, National Insurance should be scrapped and replaced with a progressive wealth tax.